Samsung’s vision for the future of tech has a lot of smarts. Personal — and personable — robots that roll around our homes. Exoskeletons and AR glasses that measure our fitness prowess. Connected cars that will communicate with smart cities. Wearables that detect heart health. Even thermal imaging cameras to help with firefighting.

They’re all part of what Samsung co-CEO H.S. Kim dubbed the “Age of Experience” during his CES 2020 keynote Monday evening in Las Vegas. The idea is that tech, while becoming smarter and more complex, will also become simpler and more personalized. Instead of wanting to buy things, consumers are seeking out experiences, he said.

“Who we are is changing,” Kim said Monday. “Who we take care of is changing. Where we live is changing. And the way we will live our lifestyles is changing. But at the center is us, people. The way we interact with our world is what drives this evolution. It’s not about what you possess. It’s about our individual needs.”

In all of Kim’s talk about Samsung’s vision for the future of a more connected world, one thing was largely absent: Bixby. Once center of Samsung’s smart, connected world, the much-maligned digital assistant got only a brief mention during the keynote on Monday, and didn’t appear once in the company’s 1,650-word press release about Kim’s presentation.

The voice assistant first arrived in 2017’s Galaxy S8 and has since made its way to smart TVs, refrigerators, washers, air conditioners, speakers and more. Samsung previously aimed to put Bixby voice controls in every device it sells by this year, a goal it appears to have missed.

Bixby’s near absence Monday brings up questions about where the digital assistant falls in the company’s vision for the future. Already, Samsung has moved away from forcing Galaxy smartphone buyers to use the digital assistant. The first phones out after Bixby’s launch came with a dedicated button for the smart assistant, and the idea was that all Samsung devices would eventually have Bixby buttons. But last year’s Galaxy S10 let users customize the device’s dedicated Bixby button, and the Note 10, which arrived later in 2019, doesn’t have a hardware button for Bixby at all.

“It’s not clear where Bixby fits,” Techsponential analyst Avi Greengart said. “And it’s not clear that Samsung knows, at least from its presentation.”

As companies like Google, Amazon and, yes, Samsung have discovered, the key to actually making smart devices useful is packing in artificial intelligence, typically in the form of voice assistants. Every tech heavyweight is investing in these assistants because they’re heralded as the future of how we’ll interact with our gadgets. The ultimate promise for the smart technology is to predict what you want before you even ask, but in most cases, the digital assistants just aren’t smart enough yet. That’s especially true for Bixby, which has been criticized for not being as intelligent as its rivals.

A Samsung spokesperson said Bixby remains a priority for the company and noted there are many types of artificial intelligence, not just digital assistants.

The company’s newest TVs use AI to “analyze the type of content that consumers watch, as well as the services and TV channels that they tend to use, to offer recommendations uniquely customized to their specific habits and tastes,” Samsung said in a press release. 2020 televisions also include a smarter version of Bixby that can do things such as display a beach scene when a user asks for a calm atmosphere. But they also include Amazon’s Alexa and Google’s Assistant.

Samsung has been building its capabilities in software and services for over a decade, but it’s had more flops than successes. It has launched services, including Bixby’s predecessor, S Voice, only to scrap them a few years or even months later. Instead of using its homegrown Tizen operating system in its high-end smartphones, Samsung has relegated the software to wearables and other products and continues to rely on Google’s Android software to power its smartphones and tablets.

When it comes to Bixby, the vision was for the technology to be everywhere. The tech started as an interface to control 2017’s Galaxy S8, but it gradually expanded to have more capabilities. Bixby wasn’t just part of Samsung’s AI strategy; it was its heart.

“AI will truly transform every experience we have with consumer electronics,” Eui-Suk Chung, Samsung’s head of software and AI, said during Samsung Developer Conference in 2018. “With Samsung, Bixby is our singular commitment to AI. We believe Bixby fundamentally changes how people use technology and what they can do with AI.”

So far, though, Bixby has lagged behind Amazon’s Alexa and Google’s Assistant both in terms of market share and capabilities. Some analysts have questioned whether Bixby will ever catch up, even with Samsung’s money and might behind it.

One of the most anticipated — and longest delayed — Bixby products has been the Galaxy Home. Samsung started talking about the smart speaker in early 2018, and it showed off the device during its Galaxy Note 9 unveiling in August of that year. The cauldron-esque speaker is powered by Bixby and was meant to be the smart assistant’s first appearance in a smart speaker.

Samsung hasn’t given an update or shown the Galaxy Home in months.

In an interview with Bloomberg ahead of Samsung’s CES keynote, Kim said Samsung plans to introduce a smaller version of the Galaxy Home, the Galaxy Home Mini, early this year. He envisions the Home Mini as the hub that can control other Samsung products people may have in their homes, Bloomberg reported.

Notably, the Galaxy Home Mini — with Bixby — will be “at the heart” of Samsung’s smart home push, Bloomberg reported, something Kim didn’t bring up during Monday’s keynote when he largely avoided mentioning Bixby at all. During that same interview, Kim acknowledged the criticism Bixby has faced but said “orchestrating a smooth question-and-answer exchange wasn’t his priority.” Getting Bixby to respond to commands is.

Two years ago, Samsung said it would spend $22 billion on AI by 2020 and would employ 1,000 AI specialists by the same time frame. It has opened AI centers around the globe to work on solving problems for making technology smarter.

The company at last year’s CES showed off several robots that could do things like monitor health and help with mobility issues, and its Bot Chef helps cook meals. At this year’s CES, its biggest example of AI was Ballie, Samsung’s cute ‘companion’ robot.

Ballie, a small, bright yellow, rolling robot, followed Kim around the stage and responded to his commands. Kim said he believes robots can be “life companions.” Ballie “understands you, supports you and reacts to your needs to be actively helpful around the house,” Samsung said in a press release issued at the start of the keynote.

Ballie’s on-device AI capabilities will turn it into a fitness assistant or a remote control, among other things, Sebastian Seung, Samsung executive vice president and chief research scientist, said during Monday’s keynote.

Along with Ballie, Samsung showed off new capabilities for its GEMS robots, first unveiled at CES last year. The robot looks like an exoskeleton and is meant to help with mobility issues, such as those caused by injuries from strokes. Last year, Samsung said it has developed three models: the GEMS-H for hips, GEMS-A for ankles and GEMS-K for knees.

At CES 2020, Samsung showed people using GEMS to improve health and fitness. The company demonstrated consumers using AR glasses to work out with a virtual personal trainer, climb a mountain or walk underwater, all from their own living rooms. GEMS then can aggregate and analyze results to give users personalized workout recommendations.

Neither Ballie nor GEMS seemed to have anything to do with Bixby, bringing up questions about whether the Ballies of the world will replace Bixby. The smart assistant, rather than being the center of Samsung’s strategy, only appeared once during the keynote.

In a description of a new smart kitchen about halfway through the presentation, Federico Casalegno, chief design innovation officer of Samsung Design Innovation, said Bixby would be able to analyze a GEMS workout and recommend healthy and balanced meals post exercise. And Bixby Vision would be able to adapt to your favorite recipe and can identify the perfect wine and even plans meals for busy roommates and kids on the go, he said.

“The kitchen becomes a fully connected environment optimized for your values, helping you to eat healthy and reduce food waste,” Casalegno said. “It’s no longer a place that you cook but becomes a partner you cook with.”

Seung, speaking at a Samsung panel Thursday at CES, said he doesn’t “think we’re moving from one to the other.” Five years ago, robotics experts thought “the companion function of robots would be fulfilled relatively quickly.” Instead, what happened was “the assistant aspect was more easily fulfilled,” he said.

Apple’s Siri, Amazon’s Alexa, Google’s Assistant and Bixby are all capable of answering general queries and performing tasks like setting timers or playing a certain song. That turned out to be a lot “more trivial than getting a robot provide a satisfying emotional experience,” Seung said.

“We want both,” Seung said. “We want utility. Do something useful for me now. But we also want that emotional aspect, too. I think they’ll both win out.”

Based on Monday’s keynote, Samsung’s “Age of Experience” appears for now to be focused on those emotional experiences and not queries, in other words: Ballie, not Bixby. 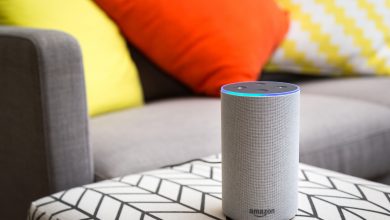 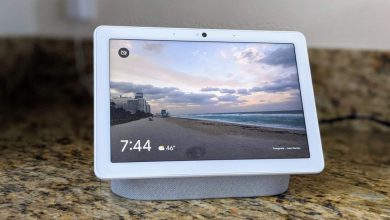 The smartest smart home ideas of 2019 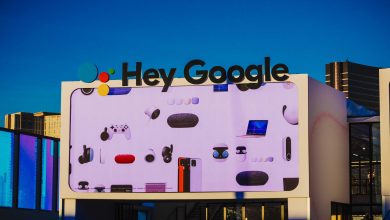 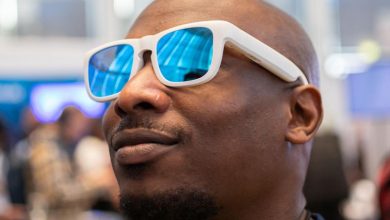