Can you tell an emoji from an emoticon? Foobar from FOMO? A flamewar from a firewall? If these tech terms make perfect sense to you, congratulations — you’re no longer a digital noob. But do you know why we call online instigators trolls? (Spoiler alert: it has nothing to do with Three Billy Goats Gruff.) Or which came first, blogs or the word blog? You may speak fluent tech jargon, but I bet you don’t know what Wi-Fi stands for.

Even if you think you know your memes, the story behind much of the lingo we use every day might surprise you. Like how Princess Leia owes her onscreen life to a Redditor with a celebrity fetish, or how a lazy fishing technique got mixed up with Norwegian folktales in the bowels of Usenet.

Before you dish out another helping of nerd-word salad, take a look at the surprisingly weird, wonderfully layered and occasionally wanton origins of these 11 tech terms that get tossed around every day.

What it is: Deepfake combines “deep learning” (an algorithm) with “fake,” and refers to convincingly realistic video forgeries. The technology can be used for good, like when filmmakers brought Carrie Fisher back to life as Princess Leia in Rogue One and The Rise of Skywalker, or not so good, as was originally intended (see below).

What it means: FOMO is an acronym for “fear of missing out” and describes the anxiety that arises over your social choices, such as when friends are posting photos of one party while you’re at another (or worse, at home alone).

Where it comes from: A 2004 op-ed in Harvard Business School’s The Harbus used FOMO to describe the tendency of freshmen students to exhaust themselves by trying to attend every campus event.

Noob: A slur for newbies

What it is: Noob is a condescending term for a beginner gamer or technological neophyte, aka a newbie. Alternative spellings include newb and n00b (with zeros).

Where it came from: The term newbie can be traced as far back as the 1850s, meaning “someone new at something,” but it wasn’t until around 2000 that the shortened, pejorative form noob came into common use among online gamers.

What it is: Consumer-grade Wi-Fi was released in 1997 and refers to a wireless network that connects devices such as computers, phones, tablets, TVs and smart home gadgets to the internet and each other. Wi-Fi can also mean the wireless radio signal itself.

What does it stand for? Absolutely nothing. It basically just sounds catchy and rhymes with hi-fi (as in “high-fidelity” sound quality). Some claim it means “wireless fidelity,” but a founding member of the Wi-Fi Alliance has pointed out how that phrase is just as meaningless.

What it is: Blog (short for “web log” or “weblog”) originally described websites where individuals posted entries in topic-related journals, like a travelogue or a collection of favorite recipes. Today, blogs range from the personal to the professional and even some that are corporate, with many focused on earning income through affiliate marketing and gaming search algorithms to generate more traffic.

Where it started: The first website that looked like a blog was created by a student at Swarthmore College in 1994 on Links.net, although the term wasn’t coined until 1997 on a blog that collected interesting facts and articles from around the web called Robot Wisdom.

Who goes there: A troll is an internet miscreant who picks fights, starts arguments or otherwise upsets others by posting provocative, off-topic, offensive comments in internet communities and forums. The first known use online dates back to 1992.

Where they come from: Although the trolls most people think of hail from Scandinavian folklore, internet trolls actually get their name from a fishing technique. Trawling (or trolling) is when you cast a net (or a baited line) off the back of a boat, then pull it around slowly to catch fish — kind of like how trolls bait their victims by spewing vitriol across internet forums.

What they are: Firewalls are programs that stop cyberattackers from hijacking your phone, tablet, computer or network. The first commercial firewall software shipped in 1992.

Where they come from: Physical firewalls are literal walls, usually made of concrete, which are erected to stop fires from spreading throughout a building. As technology advanced, the term stuck around, so now you have a firewall made of steel in the floorboard of your car as well as one comprised of computer code on your Wi-Fi router.

What they are: Emoticons (a portmanteau of “emotion” and “icons”) are strings of regular keyboard symbols that, arranged a certain way, end up forming images like the iconic smiley face :-), whereas emojis (combining the Japanese words for “picture” [eh] and “character” [moji]) are single-keystroke images — for example, the other iconic smiley: 😀.

Where they came from: The first emoticons appeared in an online bulletin board on Sept. 19, 1982 when a college professor urged computer science students to use 🙂 for posts meant as a joke and 🙁 for the serious stuff. Emojis sprung to life in 1997 when Japanese cell carrier SoftBank released a set of 90 distinct characters, including 💩.

For the 35th anniversary of the creation of the smiley, we put together a list of our 35 favorite emoticons, which, of course, includes our old pal, ( ͡° ͜ʖ ͡°) Lenny.

What it is: Posting or sending nasty, hurtful and offensive messages on the internet is known as flaming. Get two or more people doing it to one another and you’ve got a flamewar.

Where it comes from: Both the term and the behavior it describes developed in the early 1990s on Usenet discussion forums (similar to modern-day group chats, but with strangers).

The meme-ing of life

What they are: Memes are low-effort creations (seriously — sometimes just screenshots) combining photos lifted from the news or social media with snappy text or captions that gain viral popularity across the internet because they convey a pointed cultural joke or truth.

Where the term originated: Controversial British evolutionary biologist, atheist and author Richard Dawkins coined the term in his 1976 book The Selfish Gene, borrowing from the Greek word mimeme, which roughly translates as “imitated thing.”

Best memes ever: Our list of the top 15 memes of the decade collects the most iconic, from Distracted Boyfriend to Grumpy Cat.

Which came first: Foobar or FUBAR?

What the terms mean: In computer science, lines of code that can be deleted without breaking the program are often flagged with the words foo and bar. FUBAR (the acronym) means “fucked up beyond all recognition/reason/repair.”

Where they originated: FUBAR first appeared in print in a 1944 edition of Yank, the Army Weekly magazine. Foobar didn’t show up until it was included in a 1972 programing language manual. It’s unclear if foobar stems directly from FUBAR, which may be related to the German word furchtbar, meaning “awful.” Foobar, however, may come instead from the Mandarin word fu, which means “happiness” or “blessing.”

How to tell if your provider is throttling your internet 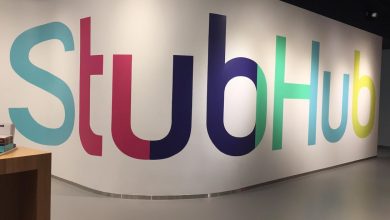 eBay is selling StubHub tickets marketplace to Viagogo for $4 billion 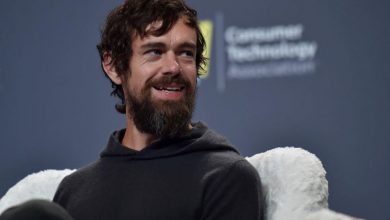 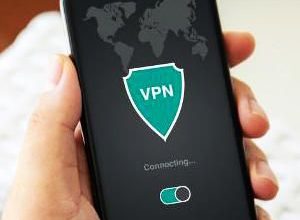 How to set up a VPN on your iPhone or Android phone: Yes, you need one 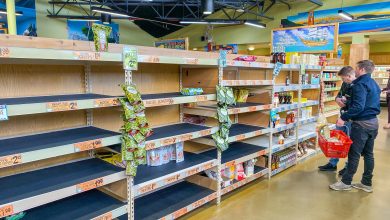 Grocery store low on food? 6 smart ways to stock up during quarantine