Cooking with charcoal grills takes plenty of time and patience. One big delay before you can cook: waiting around for your coals to fully ignite. The $140 GrillBlazer GrillGun significantly speeds things up, and it does so in style. The handgun-shaped device may look like a novelty, but I assure you it’s not. This powerful propane-burning blowtorch puts out a staggering 400,000 BTU of scorching heat right where you want it.

That’s enough thermal energy to light up large piles of charcoal in a swift 60 seconds. Even with a chimney starter, the process typically requires anywhere from 15 to 30 minutes. The GrillGun works just as well on lump charcoal as it does igniting standard briquettes too. Owners of the Big Green Egg and other kamado grills, and Weber devotees will find the GrillGun equally useful.

For what it does, the GrillGun is pricey. Traditional grill-lighting methods are far more cost effective. All you really need is a firestarter, newspaper or other cheap kindling. Still, using the GrillGun is a heck of a lot more fun. For many barbecue fans, that’ll make the GrillGun worth every penny.

The GrillGun is fueled by pressurized gas, the most common form of which is propane. A CGA600 connector on the bottom of the GrillGun’s handle accepts multiple types of propane canisters and tanks. For instance, you can link the torch to 1-pound propane cylinders, the sort typically used for camping stoves.

The GrillGun also accepts MAPP gas cylinders. This fuel burns at high temperatures, making it the gas of choice for plumbing and metalwork. The drawback is that MAPP gas usually costs double the price of propane. Another way to go is to link the GrillGun up to a standard 20-pound propane tank. GrillBlazer sells a special 8-foot hose ($20) for the purpose.

Once you’ve connected a fuel supply, you’ll want to gently start the flow of gas through the GrillGun. Do that by slightly turning the gas valve knob on top counterclockwise. Next, pull the main trigger to create a spark, igniting the torch. From there you have two ways to control the GrillGun’s flame.

Turning the gas valve further in the counterclockwise direction ramps up the heat. Turning the valve the other way does the opposite. And swiveling the knob right all the way extinguishes the flame.

It goes without saying that the GrillGun is powerful tool. When lit and in full swing, it puts outs a tremendous amount of heat. Indeed, the printed manual is chock-full of warnings and sober cautionary language. The document explicitly advises to never operate the torch in unventilated areas or indoors. It also stresses you should “keep this torch out the hands of children and irresponsible adults!” The GrillGun can easily cause dire harm to life, limb and property. Those who don’t respect it do so at their peril.

For the most part, using the GrillGun is, well, a blast. Perhaps deep down I’m a closet pyromaniac. Or maybe it’s simple, elemental power I crave. Whatever the reason, I was hooked the second I lit up the GrillGun and kicked its flame into high gear. It’s a visceral, addictive experience.

The gadget isn’t just for show either. The thing works as advertised. Sixty seconds, give or take a few, was all I needed to fire up a pile of charcoal briquettes. The same goes for stacks of lump charcoal. It’s a task that usually requires at least 30 minutes on a kamado, or longer if you run into a false start.

The GrillGun isn’t without its annoyances. There were times, for example, when the torch refused to fire up at full throttle. The only way to remedy the problem was to disengage the fuel tank, then reconnect it. GrillBlazer says this is a safety function built into the GrillGun. When the torch detects liquid fuel inside the gun, the gas valve (though open enough to stay lit) remains locked in place.

According to GrillBlazer, the issue happens more often with a full portable propane or MAPP gas canister. The reason? Gas under pressure inside the tanks exists mostly in liquid form. Tilting the GrillGun with a full canister attached, either up or down, may cause the torch’s liquid gas safety feature to trip.

The GrillGun is worth its $140 price tag if you don’t like waiting for your coals to light up, and if you already own barbecue essentials such as a quality digital thermometer. I find other add-ons and upgrades tempting too, like a better grill grate. I suggest investing in one of these practical options first. Still, I can’t deny how enjoyable it is to wield the GrillGun. It also does very well what it’s designed to do — fire up your charcoal grill swiftly. These aspects alone may make it worth your while. 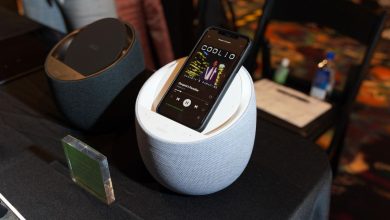 Is Belkin’s Soundform Elite a smart speaker or a wireless phone charger? It’s both! 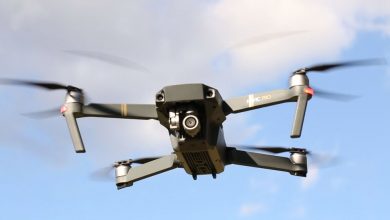 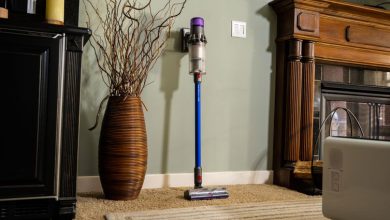 The best cordless vacuum for 2020 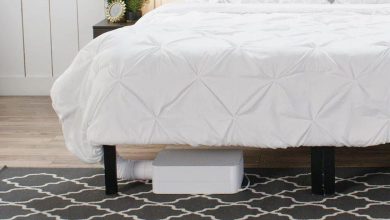 Sleep better: Get the year’s best deal on the BedJet 3 climate comfort system