Nvidia’s GeForce Now cloud-gaming service has been available on the company’s Nvidia Shield streamer for a while and was in beta for PC, Mac and Android phones for a while. But the version that launched in early 2020 was a scaled-back shadow of the full-featured prerelease version. The launch version lacked many options that made the service so appealing, including the ability to play games that weren’t officially supported.

Things got worse: Shortly after launch, big game publishers began asking Nvidia to remove support for their games, in at least one case claiming that the licensing contracts only covered the beta and not the commercial release. Until Nvidia resolves these issues, it’s hard to recommend GeForce Now, which otherwise delivers a great cloud-gaming experience.

These are the major publishers whose games are unavailable on GeForce Now as of this writing: Activision, Bethesda Softworks, Blizzard, Capcom, Electronic Arts, Konami, Remedy, Rockstar Games and Square Enix.

Even when Nvidia manages to get it all straightened out, the here-for-a-year-then-gone streaming business model for games you’ve licensed yourself will remain a problem: You don’t actually own any game with DRM that requires a store launcher or publisher login. When you look at comments about the service, you see a lot of people who pay $60 or more for games specifically to use with GeForce Now, either because they want to play on mobile or because they lack the system power necessary to play locally. If that’s your plan, don’t do it.

There’s another big reason you might not want to use that strategy: price. At the moment, GFN has two tiers. You can play for free and or pay $4.99 a month for Founders membership. Nvidia hasn’t said how much the subscriptions will cost once it decides to sunset the Founders’ plan, or when it plans to do so.

If you already own games you want to use with GeForce Now, on the other hand, there’s little downside and a lot of upside. That’s also true if you’re only planning to play free games such as Fortnite or DOTA 2.

Like Google Stadia, Microsoft‘s Xbox Game Pass for PC (aka Project xCloud) and other cloud-gaming services, GFN renders and streams supported games from its data centers to phones, PCs and Macs so you can play on devices that might otherwise not be able to run them. One added benefit is you don’t have to deal with keeping the system updated or worry about stability.

The best videogames of 2019

GFN differs from those in that it works with games you’ve already paid for (primarily on Steam) rather than requiring you buy a special version of the game (like Stadia) or stream games from a particular subscription library (like xCloud or Sony PlayStation Now). It’s also similar to virtual machine services like Shadow; it provides you with an entire, persistent Windows system in the cloud (that you can access via phone as well as other devices), which means you can essentially play any existing Windows game.  That’s a more expensive solution, though.

You boot up the Android app, Windows app or Mac OS app — sorry, no iOS app for the forseeable future — find a supported game in your Steam library (or one of a few you’ve gotten directly from Ubisoft or Epic Game Store) and play. There are also about 50 to 60 standard free-to-play games. The app connects to the closest datacenter, which hosts the engine to render the games and stream them to you. Syncing and account management is handled by the respective services.

If you’re using the free tier, you can only play in 1-hour increments, compared to the 6 hours you get with Founders. You can have an unlimited number of sessions — launch back into the game — but you might not be able to get back in immediately since Founders are always ahead of you in line. The length of the wait is seems to be dependent on where you are and the time of day. The longest wait I had on the free plan (the northeast data center) was about 5 minutes, even at what I thought would be at peak gametime, but I’ve seen others mention longer wait times.

The 1-hour limit is fine for some games. It’s about how long I can survive in Don’t Starve. But, for example, that game usually invokes permadeath, and you can usually only force a loadable-in-future save while quitting, which is the last thing you want to do since there might be a queue to get back in. The only files you can save locally are screenshots and gameplay captures via the Windows Game Bar.

In addition to jumping to the front of the sign-in queue, the Founders plan turns on RTX ray-tracing acceleration for use with games that support it. I could see obvious improvements in some of the lighting and reflections with it on for Wolfenstein: Youngblood, but nothing that vastly improves the experience of the game.

But I was impressed with GeForce Now’s performance on the Razer equipped with a Junglecat gamepad and a Dell XPS 13 with an Xbox Wireless Controller — even over my generally meh home network, which usually makes cloud gaming services gag. It’s hard to tell if the slight (but occasionally frustrating) response lag I experience in Cuphead, Yakuza Kiwami, Don’t Starve and others is the Bluetooth-connected controller, the game, the service or just me. Or all of the above.

It’s also worth noting that every setup I play on, including on a full-fat gaming desktop via our lab FiOS network over Wi-Fi, serves up random “spotty connection” errors and occasional degradation in the video quality. There’s been no audio dropout, which was an issue for me early on and can be a problem with cloud gaming. The impact on battery life was also decent, or at least not as bad as expected.

One of the biggest frustrations is Nvidia’s opacity about the games you can play on it, which is exacerbated at the moment by the number of publishers that have pulled out. There’s no complete list of available games as there was during the beta, likely because of the withdrawing publishers. For all but the highlighted games, you’re forced to search one by one through Nvidia’s bare-bones interface to see if a game is there. More annoying, when games are pulled, they silently disappear from your library with no notification or comment. Nvidia hasn’t published a comprehensive list of affected games, you have to actively check the forum or Twitter feed for updates.

VPNs: 3 things they can't help you with 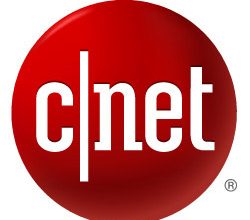 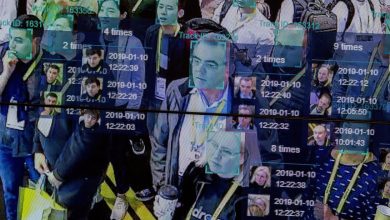 Gaming can be toxic toward women and minorities. Electronic Arts wants to help fix that