Amazon this week has continually promoted one of its latest coronavirus safety efforts, saying it’s now made millions of face masks available to its employees and delivery partners throughout its logistics network.

But some of these workers said Thursday that only a potion of employees are given masks in their warehouses and inventory is already limited.

“You have to ask for a mask; they are really running low,” said Jordan Flowers, an Amazon warehouse worker in Staten Island, New York. He spoke during a Thursday conference call with media that was organized by Athena, an advocacy group that has heavily criticized the e-commerce giant.

The three Amazon workers who were involved in the call also said temperature checks at warehouses — another new health protocol added in the past week — weren’t strongly enforced and that in some cases employees were dodging the system. For instance, Mario Crippen, from a Romulus, Michigan, warehouse, said workers could easily walk past temperature check stations at the warehouse entrance, punch in their time cards and go to work. Jana Jumpp, from Jeffersonville, Indiana, said some workers were taking Tylenol to pass the checks.

Amazon didn’t immediately respond to a request for comment. The company has staunchly defended its efforts to protect its employees during the crisis, saying it’s already instituted 150 new health and safety protocols, including “tripling down on deep cleaning,” staggering the starts of shifts and enforcing social distancing in warehouses. It’s also said it provides paid time off for workers who are infected or quarantined, and that it’s increased hourly pay by $2 and raised overtime pay.

These three employees are among a growing list of Amazon workers who’ve spoken out about health issues during the coronavirus crisis, with some organizing walkouts at their facilities last week. These workers have gotten more vocal as dozens of Amazon warehouses across the US have had confirmed coronavirus cases and a walkout organizer, Christian Smalls, was fired after he violated a company-mandated quarantine order.

These workers’ statements on Thursday also point to the apparent difficulty Amazon faces in constantly adding new health measures to its over 500 logistics locations in the US. To ensure problems don’t fall through the cracks, Amazon has said it’s starting to institute safety audits at these facilities. That work adds to the complex problems its leaders have to deal with, as the company responds to a surge in customer demand for online orders while it works to keep its system running during the pandemic.

The workers on Thursday said they worry that if Amazon fails to keep its workers healthy and facilities clean, it could end up spreading the virus to customers.

In addition to a handful of walkout demonstrations at Amazon warehouses, the Occupational Safety and Health Administration is investigating a Pennsylvania location for coronavirus safety issues, Bloomberg reported Wednesday. Also, many elected officials have called on Amazon to do more to protect its workers.

Keep track of the coronavirus pandemic.

Amazon, the world’s largest online retailer, is one of several major retailers facing a backlash from its workers during the coronavirus pandemic. Earlier this week, workers for Target’s Shipt delivery service organized a walkout. That demonstration followed similar actions from workers for Instacart, Amazon warehouses and Amazon-owned Whole Foods. Also, there’ve been several confirmed cases among employees at Walmart and major grocers.

Amazon CEO and founder Jeff Bezos, the world’s richest person, visited Amazon locations this week to thank employees for their efforts. Also, Amazon is working on several new concepts to improve worker safety, such as a disinfecting fog, which it said is often used in hospitals. Amazon on Thursday said it’s also starting to work on developing its own coronavirus testing capabilities to be able to regularly test its employees to prevent further spread of the pathogen.

While there’s been significant criticism of Amazon’s efforts to protect its workers, the company has said the “vast majority” of its employees have continued to come to work and haven’t been involved in the ongoing protests. For example, an Amazon spokeswoman said Monday that a demonstration in Staten Island that day brought out only 10 people, half of whom weren’t Amazon employees.

One New Jersey warehouse employee, who asked to remain anonymous because he wasn’t authorized to speak to the media, said he was impressed by Amazon’s efforts.

“Every retail company has a warehouse operation and they are all going through this,” he said. “There isn’t something unique about Amazon.”

Crippen, the warehouse worker from Michigan, didn’t share that impression.

“If I go inside Amazon, I’m fearful for my life,” he said, “because we are running low on face masks, we have no hand sanitizer and we cannot keep six feet apart, away from each other in certain areas of the building.”

Google searches could illuminate the shadowy spread of the coronavirus

Apple TV Plus offers free access to some original programming 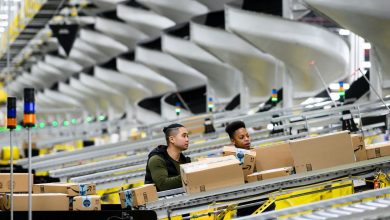 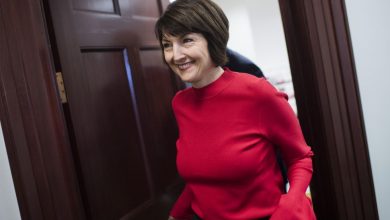 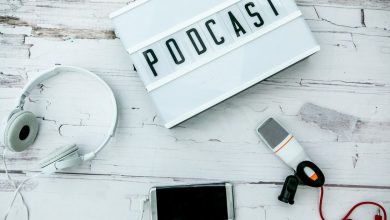 Host your podcast for life for $79 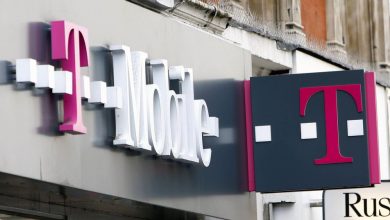