In the age of the coronavirus lockdown, many of us have more time than we know what to do with. We also more than likely have the urge to indulge in a bit of escapism. Which can only mean on thing: Folks, it’s time for video games.

Here’s what some of the CNET staff have been playing over the last couple of weeks.

I’m normally obsessed with playing whatever is brand new, right now. By that logic I should be putting hours into Doom Eternal or Animal Crossing, but I’m not. I’m playing Halo.

And not even Halo 5, the most recent Halo. I’m playing the old ones.

For some reason I recently had the urge to revisit my “glory” days playing Halo multiplayer, so I jumped into Halo: The Master Chief Collection. It’s been an absolute blast. I’m especially shocked by how good Halo: CE multiplayer holds up.

Gonna drown in nostalgia for the next few months. Halo is my 70s classic rock station.

Since I can’t take any real life trips, Outer Wilds helped save my sanity during this isolation with amazing simulated space exploration. I finished Outer Wilds over the weekend and this Indie sci-fi gem ended up being one of my favorite gaming experiences ever.

In the game, you’re tasked with exploring your solar system in a rickety ship and figuring out what happened to the mysterious species who predated you in the galaxy. What follows is a game filled with magical discoveries and breathtaking moments. It actually makes you feel like you’re exploring outer space — with all of the wonder and terror that entails.

Note: Outer Wilds came out around the same time as a game with a similar title called Outer Worlds. I played that one too. It’s Fallout in space and it’s fine. Outer Wilds is the magical one.

The first week of working from home was the hardest for me. I’m not a morning person at the best of times and my flat is freezing cold. Between the physical discomfort, the anxious state of the world and the fact that I was now averaging 650 steps a day on my Fitbit, I was utterly miserable. Only one thing could save me: My housemate’s Nintendo Switch and Ring Fit Adventure.

Nintendo’s home fitness game can’t cure a global pandemic or make the future any more certain. I’m not even convinced it can give me a six pack. But it’s done wonders for my mental health. A 20-minute session warms me up, pumps me full of endorphins and challenges me without wearing me out before the day’s even started.

It also gives me an artificial sense of purpose that “real” exercise just can’t provide: I’ve never responded well to arbitrary, seemingly impossible fitness goals like “run 5K” or “complete a single press-up.” But if doing some knee lifts will help me defeat a beefy dragon, it turns out I’m on board.

For me that’s Civ. I’ve spent thousands of hours on Sid Meier’s venerable series, going back to Civilization II on my dad’s first PC, marveling at its Encarta-like animations when you built a Wonder.

In a time of upheaval and uncertainty, what better than a game where you control a whole nation? And instead of crushing and nuking your rivals, why not challenge them to make a fairer, wiser society, or race them to the stars?

No, no, no, not me — my sons, ages 17 and 14. They’re both baseball and hockey players, and with no on-ice or on-field activities, they’ve been putting in the hours on the Xbox (which recently displaced the PS4).

It was a favorite activity anyway, but now it’s their stand-in for the real thing. The 17-year-old is more likely to play solo, while the 14-year-old has been tearing it up virtually with some of his hockey teammates — likewise with his forays into Fortnite. It’s loud. It’s enthusiastic. It’s intense.

Board game hobbyists like me are having a hard time coping with the quarantine. Not only are we all discouraged from meeting up with our friends and game groups in person, but most game stores are closed as well. While many stores are still shipping products and doing curb-side pickup, the central congregation place for tournaments and casual meet-ups are basically gone. In this environment, Tabletop Simulator has become a godsend for my friends and I.

If you’ve never heard of Tabletop Simulator it is exactly what it sounds like, a digital environment for you and your friends to play board games online. The best thing about it is the vast array of mods that let you play any game you can think of (past and present). It not only means the staples of my game group are easily accessible, but other titles we’ve yet to try are at our fingertips as well.

I’ve found myself playing board games with friends online almost every night since the shelter orders took effect in our state. While it doesn’t replace the feeling of shuffling Magic cards, screaming accusations at your friends over Secret Hitler, or moving your traveler across the Japanese countryside in Tokaido, Tabletop Simulator will at least keep people like me sane while we’re all locked inside for the foreseeable future.

Don’t Starve, Doom Eternal, Ori and the Will of the Wisps,  Control, Night Call, Ruiner

Yes, I have ADD, which seems even worse than usual now. I’ll start playing something based on my mood, hit a snag and jump to another game — I’ve been known to start as many as 5 games sequentially. I also get cramped sitting at my desk in the dining room chair not intended for long sessions, which forces me to stop playing games I’m better at with keyboard and mouse — Doom Eternal and Control, to name two — and switch to controller-preferred games I can play in bed. That would be everything else. Clearly, I’m not a completionist.

Don’t Starve seems to be my most frequent go-to game, in part because it’s also playable on phone via GeForce now. (At least until a cat decided one of my Junglecat controllers was a toy and hid it.) There’s actually something soothing, for a while at least, about its constant permadeath-restart repetitiveness that I normally don’t like.

I’ve had Death Stranding since it came out last November, but I’ve been putting off playing it for a variety of reasons. Now seems to be an appropriate time to play a game about Americans being confined indoors and separated from each other due to an invisible enemy.

The Division, on the other hand, is about a virus that originated in New York City causing it to be quarantined. That game was my favorite when it came out in 2016, but the sequel hasn’t won me over.

I had been anticipating the Warlords of New York expansion for some time as it moves the game’s setting from Washington D.C. back to New York City. Little did I know the new content would come just days before the real city would be shutdown due to a virus.

Despite how many incredible games have come out recently, all I want to do is bury myself within The Sims. Coping mechanism? Perhaps. Maybe I’m opting to spend time in a simulated world instead of the real world for a reason. But then, maybe that reason is because I’m determined and focused to turn myself into a Sims building expert within the next few months.

Some people have fitness or productivity goals — maybe writing a book or starting a podcast — but I want to learn how to make realistic looking houses and community lots on The Sims 4. My Sims deserve better than boxy houses that look unlived in!

And yes, I’m simultaneously (pun not entirely intended) giving myself actual Sim challenges too. I tried the 100 baby challenge once before and HATED it but this time I might actually give the others a proper crack. Or I might strategically design a hell house that will test my Sims to within an inch of their simmy lives. Who’s to say?

Back in the innocent days of Black Friday 2019, an incredible PS4 Pro deal won me over — mainly because it included three exclusives I’ve always wanted to play: Horizon Zero Dawn (which I finished and FRIGGIN LOVED, of course), Spider-Man (which I started and couldn’t get into, but will give it another chance) and God of War.

I finished GoW last night at 12:15 AM and I’m still filled with joy at the sheer awesomeness of it all. Stunning graphics, clever puzzles, just the right amount of lore, perfectly endless tough-complex-rewarding combat and a surprisingly strong story driven by a comically stoic badass father and piggybacking smart-alec son had me looking forward to every free night I had to play (and there’ve been plenty of them).

Now that I’m done I’ve already downloaded another exclusive I’m psyched to start tonight — the PS4 Plus freebie Uncharted 4 — and have taken advantage of the Spring Sale to stuff my game pantry with more shelf-safe entertainment: Jedi: Fallen Order, Death Stranding, NBA 2K20 and Outer Wilds. Bring it on, quarantine. 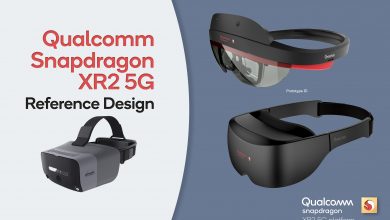 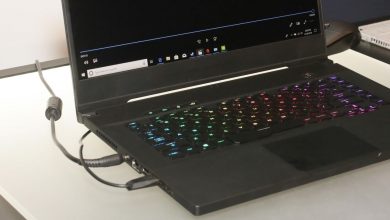 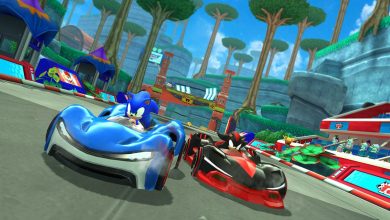 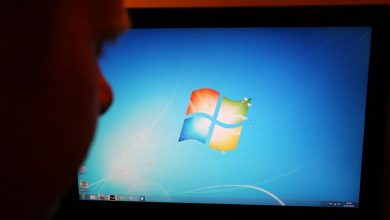