Quibi is a mobile-first subscription video service in the US and Canada, and yes, this is yet another new streaming service vying for your money. But Quibi is a little different than the rest. Quibi is staking $1.75 billion on ultraexpensive, star-studded, short-form videos — all of which are brand new and designed to be watched on your phone.

Its latest pitch to drum up interest is a remake/parody of the 1987 movie The Princess Bride, shot DIY-style by stars in or around their homes during coronavirus lockdown. Fred Savage, at 43, will reprise the role of grandson that he played as a 10-year-old. The remake involves real-life couples that are able to shoot scenes with each other during self-isolation, including Tiffany Haddish and Common; Chris Pine and Annabelle Wallis; Neil Patrick Harris and David Burtka, and Sophie Turner and Joe Jonas (who both have other series on Quibi). And other celebs involved include Taika Waititi, Hugh Jackman, Retta, Jennifer Garner, Patton Oswalt, Pedro Pascal, Zazie Beetz, Andy Serkis, Josh Gad, Elijah Wood, Dave Bautista, Jon Hamm, Beanie Feldstein, Diego Luna, Jack Black and a long list of others.

Quibi would be a risky bet even in normal times. But Quibi, which launched April 6, rolled out its a mobile-only concept just a couple weeks after the pandemic locked large swaths of the US population in their homes. People can watch Quibi at home on their phones, but Quibi’s bet on exclusively mobile, short-form video was based on the premise that people would gobble up these “quick bite” episodes while they’re out and about. After it launched without any support to watch Quibi’s programming on televisions, the company scrambled as users complained about not being able to watch its shows on the biggest screen in the house.

Quibi reportedly had about 1.5 million subscribers at the end of May and was on pace for less than 2 million paying subscribers by the end of the app’s first year, below its target of 7.4 million, according to a report in the Wall Street Journal.

Quibi founder Jeffrey Katzenberg, who was the head of Disney’s movie division in the ’80s and ’90s and co-founded Dreamworks Animation, initially said the coronavirus’ effect on people’s viewing habits would be neutral to Quibi. He later blamed the pandemic for “everything that has gone wrong” with Quibi’s rough start.

But Quibi CEO Meg Whitman, the former chief of eBay and Hewlett-Packard, said before launch that Quibi was willing to change if customers demand it, which could include television-streaming support or release episodes in a bingeable bunch all at once like Netflix. (Quibi releases new episodes of each series every weekday.)

And as it struggled to sign up people in the numbers it hoped, some of those changes are becoming reality.

The most significant change is widening its device support beyond mobile devices. The company added support for Apple’s AirPlay in May to stream its programming on some TV screens, and earlier in June, Quibi updated its Android and iOS apps to cast to Google’s Chromecast and Chromecast-integrated TVs. It’s reportedly in talks to have apps for Roku and Amazon Fire TV devices, Variety reported.

Quibi also ramped up in the middle of a wave of new streaming services, as tech and media giants all rush to be the one shaping the future of video. That means Quibi will be competing for your subscription dollars against heavy-duty upstarts like Disney Plus, Apple TV Plus, Peacock and HBO Max, as well as established players like Netflix. And of course, Quibi faces a Goliath in YouTube, the pioneer of online short video that draws in more than 2 billion viewers every month.

Still, Quibi believes its unconventional strategy — very expensive, star-packed programming released in 10-minute-or-less episodes that you can watch only on mobile devices like your phone — will hit a sweet spot. It has the backing of all the major Hollywood studios and a seemingly endless litany of film, TV, music and sports stars making shows. It’s also brought T-Mobile on board to offer free subscriptions to some wireless customers.

Quibi has recruited a who’s who of stars to work on its programming, including Chrissy Teigen, Lebron James, Dwayne Johnson, Reese Witherspoon, Chance the Rapper, Kevin Hart, Jennifer Lopez, Idris Elba, Zac Efron, Tina Fey, Liam Hemsworth and husband-and-wife combo Joe Jonas and Sophie Turner (but on different shows), along with a bazillion others. It’s also lured in big-name filmmakers like Steven Spielberg, Guillermo del Toro, Antoine Fuqua, Catherine Hardwicke and Ridley Scott to make series. Whitman has said Quibi has enough content built up to last until late November, despite the virus shutting down TV and movie productions worldwide.

So is Quibi worth your time and money? Read below for the finer details.

Quibi with a capital “Q” refers to the service, and all-lower-case quibi is the word the company invented for its short-form episodes, which all run about 10 minutes or less.

It’s a mashup of the words “quick bites,” since the videos are supposed to be bite-size morsels of video.

When is the release date?

Quibi launched April 6 in the US and Canada.

Quibi hasn’t publicized its specific international expansion plans, but said some other countries will be able to get Quibi’s ad-free US version if it’s available in their app store, without giving specifics. So if you live outside the US and Canada, check your Google Play Store and Apple App Store for the Quibi app to see what comes up.

However, Quibi’s leaders have said that Quibi was designed from the beginning to be a global service, with global rights to stream its shows. The company just hasn’t provided any timelines for when international expansion will happen.

How much does Quibi cost?

Quibi’s cheapest tier is $5 a month and includes advertising. Its ad-free tier is $8 a month. Quibi doesn’t offer annual subscriptions.

Quibi offered 90-day free trials for people who signed up anytime before May 1, though it was still available a few days after the deadline. It could save you as much as $24.

In testing the Quibi app under embargo before launch, commercials were all so-called pre-roll ads — those that play before the show starts. And they were relatively brief. Quibi has said that the service will have about two and a half minutes of ads per hour.

And T-Mobile is offering a free subscription to Quibi’s ad-supported tier to wireless customers who have two or more lines on a post-paid plan, in a deal called Quibi on Us. After a year of free Quibi, qualifying customers need to choose between whether Netflix or Quibi is included free with their wireless plan — you can’t get both comped. (The Netflix deal is worth $9 a month, compared with Quibi’s monthly value at $5.)

T-Mobile said that you have to sign up by July 7 to get the deal and that it applies to people with two or more voice lines at standard rates on Magenta and One plans with taxes and fees included — along with discounted First Responder, Military and Magenta Plus 55 plans. Small business customers with up to 12 lines also qualify.

What devices can stream Quibi?

Originally, Quibi launch with support only for mobile devices like phones or tablets. No TVs. No web viewing. Basically, Quibi was designed initially to be watched in an app only on devices with screens that can easily rotate.

Quibi has apps for both Apple‘s iOS and Google’s Android system. An app for iPhone, iPad and iPod Touch is available in Apple’s App Store, and you can get the Android app in the Google Play Store.

But since then, the company has widened the ability to watch on television screens. It added support for Apple’s AirPlay in May to stream its programming on some TV screens, and earlier in June, Quibi updated its Android and iOS apps to cast to Google’s Chromecast and Chromecast-integrated TVs. It’s reportedly in early talks to have apps for Roku and Amazon Fire TV devices, Variety reported.

What product features does the service include?

Quibi is loudly touting its mobile viewing technology called Turnstyle. It lets a program dynamically react when viewers flip between portrait or landscape mode. That means that no matter how you’re holding your mobile device, the video will take up the full screen, rather than minimizing to a small section. For most shows on Quibi, that means the program was shot and edited to crop well when you flip to portrait, the most natural way to hold a phone screen.

But some programs are using Turnstyle in clever ways: A thriller series called Nest shows the filmed action of the story when you look at it in landscape — but when you rotate into portrait, you can see what’s happening on the character’s device while the story is playing out. So as a character watches the camera feed of her smart doorbell through her phone, you can choose to either watch the actress reacting to the footage as she sits on the couch, or you can watch what she’s seeing on her phone in real time.

Beyond Turnstyle, here are some of Quibi’s more routine product details:

How is Quibi releasing its shows?

Quibi has said it will have more than 50 titles available at launch. Every Quibi series will release new episodes every weekday until that series is complete — and some ongoing daily shows have episodes drop on the weekend too. CEO Whitman has said that Quibi won’t be rigid about this release strategy, either. If subscribers demonstrate an appetite to binge, Quibi would be willing to drop full seasons at once, similar to Netflix.

Quibi has three categories of programming: Movies in Chapters, Unscripted and Docs and Daily Essentials. At launch, Quibi will have the first three episodes of its Movies in Chapters and Unscripted/Docs series available for mini-binges. Across these three categories, Quibi has said it will be releasing more than three hours of new programming every day.

Brand new series debut on Quibi every Monday. In the first year, Quibi will have 175 original shows, totaling about 8,500 episodes.

Of its three categories, Movies in Chapters are the service’s scripted shows, typically big-budget projects with big-name talent to match. These are programs like Survive, a drama about a suicidal woman who finds a new will to live after surviving a plane crash, starring Game of Thrones‘ Sophie Turner. Another one is Most Dangerous Game, a thriller reimagining the classic short story starring The Hunger Games’ Liam Hemsworth.

Unscripted and Docs are Quibi programming that are, well, unscripted shows and documentary series. It covers a range of reality-style shows; game shows and competitions; talk shows; food, travel and culture docs; and a variety of other genres.

Quibi has said it will release five episodes in the Unscripted and Docs category every day.

Finally, the company will be dropping 25 so-called Daily Essentials every weekday. They focus on news and information, as well as lifestyle programming like a daily horoscope, a recap of the previous night’s late night shows and meditation videos. These are also shorter than Quibi’s other kinds of programming; Daily Essentials are five to six minutes. The company has partnered with the likes of NBC News, the BBC, TMZ, Telemundo, Polygon and the Weather Channel to make Daily Essentials, as well as developing some originally.

Daily Essentials will have new episodes at least every weekday. Some titles release more than one episode daily, like an NBC News snippets that land twice daily; and other titles will drop new episodes on weekends too.

What can I watch?

Fb may finally be introducing a darkish manner for mobile

iOS 14 compatibility: Find out if the new operating system will work on your iPhone 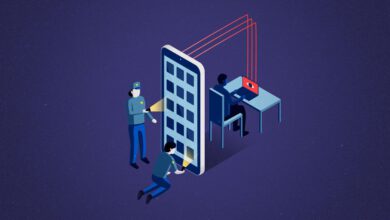 Stalkerware sees all, and US laws haven’t stopped its spread 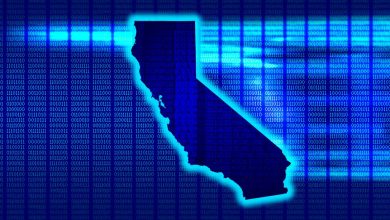 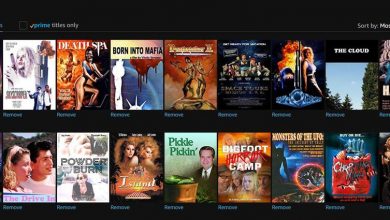 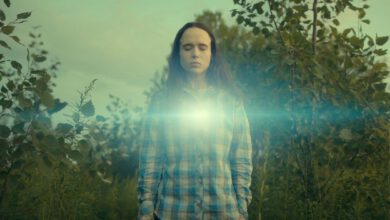 Every movie and show on Netflix: July 2020