Canon has brought out the big guns in the fight for mirrorless camera supremacy: the EOS R5 and R6. With features including 8K video, in-body image stabilization, high-speed burst shooting and lightning-fast auto focus, there’s a lot to get excited about.

The R5 is the hero of the pair and sits squarely at the top of Canon’s mirrorless lineup. Arguably its most exciting feature is its ability to shoot video at 8K resolution at 30 frames per second. It’s a massive feat, and one that immediately puts this camera’s video skills above rivals like Sony’s A9II (4K video), Nikon’s Z7 (4K video) and even Panasonic’s Lumix S1H (6K video).

Subscribe to the CNET Now newsletter for our editors’ picks of the most important stories of the day.

Interestingly, Canon’s R5 doesn’t require in-body fans to keep cool while filming, unlike the Lumix S1H, and can shoot 8K video clips up to 20 minutes in length.

8K might seem like an unnecessary amount of resolution, given that few people own any device that can play back 8K footage at full resolution, but its benefit is more for post production.

Having extra resolution in videos allows you to crop into the footage, either to digitally stabilise the shot, to better reframe a shot, or to create zoom effects in the footage or during transitions. Shooting at 4K and then cropping to zoom in post means you probably can only output your finished film in full HD. Starting off with a higher 8K resolution means you can do all kinds of stuff to your footage in post, but still be able to deliver a finished 4K file.

That 8K can be shot in 10-bit 4:2:2 H.265. The file sizes will be immense, so you’ll need to invest in a large-capacity CFExpress card, which the R5 supports. It’s the only type of card fast enough to write those 8K files. Given the size of those files, it’d be worth considering a 512GB CFExpress card, which currently retails for £530 ($600), so factor that into your budget. The R5 also has an SD card slot, which will be more suited for stills. 4K video can be shot at 120fps for some cool slow motion effects.

One of the other big features of the R5 is its in-body image stabilization. This physically moves the image sensor inside the camera to try and counter slight movements from your hands. Together with the image stabilization found in some of the lenses themselves, this allows for hand-held shooting at shutter speeds much lower than you’d normally be able to achieve, without getting blurry shots. In fact, Canon says it can achieve sharp images with shutter speeds up to eight stops below what you’d normally need. I was shown an image that looked pin-sharp to my eye but that had apparently been taken with a 4-second shutter speed, hand held. I’ll be putting that to the test just as soon as possible.

Other features include a 45-megapixel sensor, a Digic X processor that provides 12 frames per second shooting with the mechanical shutter or 20fps with the electronic shutter, the “world’s fastest” dual-pixel autofocus, native ISO speeds up to 51,200, improved ergonomics, a weather-sealed magnesium alloy body, and a 120fps electronic viewfinder that has a 5.76m pixel resolution. There’s also a flip-out screen for help in composing shots at difficult angles — or, perhaps, for high-rolling vloggers who want to shoot their own YouTube videos at 8K.

The EOS R6 meanwhile can shoot video up to 4K 60fps (or 1080p at 120fps). It has the same stabilisation as the R5, can use the autofocus even in dark situations, has a native ISO speed up to 102,400 and can also shoot at up to 20 frames per second using the electronic shutter. It also has dual SD card slots, uses the same Digic X processor and has a polycarbonate body, rather than the magnesium alloy of the R5.

So the R5 isn’t cheap, and likely puts it out of the range of even more enthusiastic amateurs. Bear in mind though that Sony’s top-end A9II retails for $4,500 (£4,800) and the Panasonic S1H comes in at a sliver under $4,000 (£3,600). The EOS R5’s price feels roughly in line with what we’d expect, given its lofty lineup of specs. But it’s important to note that there appears to be a significant difference between the R5’s UK and US price. While UK prices tend to be higher with most electronics due to various taxes, the UK price works out at being roughly £1,100 more expensive in the UK (based on a direct price conversion). Even taking taxes into account, that’s a big discrepancy.

For zoom lovers on a budget, Canon has a couple of quirky options. There’s an 800mm and a 600mm prime lens, both at fixed apertures of f/11. That’s a narrow aperture that won’t let in a lot of light, so don’t expect to use these for night-time wildlife shots. However, Canon argues that the stabilisation of the cameras means you can shoot at much slower speeds than normal and in daytime situations, these lenses will perform well and won’t break the bank. The 800mm will cost $899 (£930), while the 600mm will cost $699 (£700).

Finally, Canon has unveiled a new ImagePrograf Pro-300 printer, which prints at up to A3 size and is designed to bridge the gap between its consumer Pixma printers and its higher end Prograf Pro-1000 printer. Canon reckons it’s particularly suited for black and white printing and will suit professional photographers well who want to add print sales to their business but can’t stomach the higher cost of larger-format pro printers. It’ll be available later in August for $900, £700 or approximately AU$1,270.

Hack your Smart Stack: How to customize the new iOS 14 widget on your iPhone 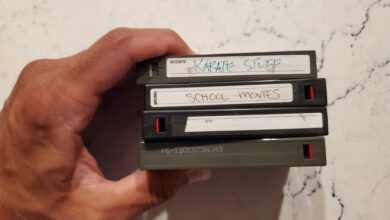 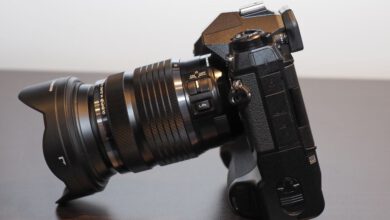 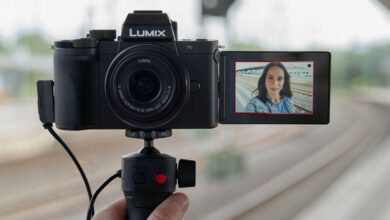 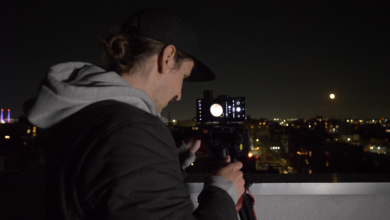