Apple has teased that it will ship the first computers running its own Apple A-series Arm chips later this year. Now, a new report from notable Apple watcher Ming-Chi Kuo, of TF International Securities, suggests that the first computers packing the new processors could be a 13.3-inch MacBook Pro and possibly a new MacBook Air as well.

In the report, spotted by MacRumors on Friday, Kuo says, “Apple will launch new MacBook models including the new 13.3-inch ‌MacBook Pro‌ equipped with the ‌Apple silicon‌” in the fourth quarter of 2020, with the new Apple silicon-powered MacBook Air‌ arriving around the same time or in early 2021.

Apple silicon-powered Macs: What to expect

Beyond the smaller Pro and Air, Kuo also expects “new 14- and 16-inch ‌MacBook Pro‌ models equipped with the ‌Apple silicon‌ and all-new form factor design” late in the second quarter of 2021 or in the third quarter of next year.

Apple has been rumored to be working on new MacBook Pro’s that take advantage of a new display technology known as mini-LED.

Apple did not immediately respond to a request for comment.

The iPhone-maker previously updated its 13.3-inch MacBook Air and 13.3-inch Pro in the spring, giving each machine newly designed keyboards and, in some cases, updated Intel processors. While most of these new machines now run on Intel’s 10th-generation chips, the cheaper, entry-level MacBook Pros have remained on older eighth-generation hardware.

Here’s why you should wait to buy a new MacBook

Beyond the new MacBooks, Apple has also been rumored to be preparing a new iMac that potentially runs on the new Apple-designed chips. Developers looking to prepare their apps for the transition have been able to order Mac Mini-based developer kits that run MacOS on one of the company’s A12Z chips.

Announced at its WWDC developer conference last month, CEO Tim Cook said during the virtual keynote that Apple’s move from Intel is expected to take “about two years,” adding that the company plans to ship its first system with an Apple-designed processor “by the end of this year.”

Despite the transition, Intel-based Macs will continue to be supported, with Cook promising new versions of MacOS for these computers “for years to come” and adding that Apple has “some new Intel-based Macs in the pipeline that we’re really excited about.”

Apple commences allocating $400m out of $2.5b pledge to fight California’s housing crisis 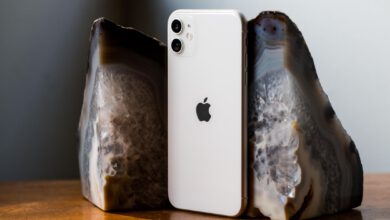