Spider-Man: No Way Home was the first film in the pandemic to hit $1 billion in global box office receipts. But even as months have passed since its theatrical release, and even as it has become available to buy online, the movie still isn’t streaming on a subscription service at all.

And last year saw an unprecedented number of new theatrical movies released on streaming services the same day they hit cinemas. HBO Max, in particular, became synonymous with the practice. But HBO Max isn’t — and won’t — be streaming Spider-Man: No Way Home.

Sony Pictures is the distributor behind No Way Home, and its deal with Starz means the latest Spider-Man will stream there eventually.

When is Spider-Man: No Way Home coming to Disney Plus?

It’s not — at least, not anytime in the near future, unless Disney and Sony strike a new bargain.

Spider-Man, as a character, derives from Marvel, but Disney’s Marvel has a complicated license-sharing deal with Sony for the Spider-Man characters on film. Basically, Sony is in charge of making and distributing standalone Spider-Man universe movies, and then Disney’s Marvel can “borrow” the characters for films in its own Marvel Cinematic Universe. That’s why Tom Holland’s Spider-Man shows up in the Avengers movies.

That’s also why you can stream some movies on Disney Plus featuring Holland as Spider-Man — but you can’t stream any of the Spider-Man specific films there.

The same arrangement extends to the Venom movies and the Morbius film coming this year. Those are Marvel characters, but the films are Sony-distributed flicks, so they aren’t destined for Disney Plus anytime soon.

You may have read some articles about how Spider-Man movies will be coming to Disney Plus thanks to a new deal struck last year. That’s true but it’s tricky — the deal may not apply to No Way Home.

Disney secured a deal with Sony in April to stream some catalog Spider-Man movies as well as Sony movies released in theaters between 2022 and 2026. First of all, those 2022-2026 theatrical releases won’t make it onto Disney Plus for many, many months; they’ll actually be exclusively on Netflix first. But since No Way Home’s theatrical release was in 2021, that part of the deal doesn’t apply to it anyway. Second, neither Sony nor Disney are confirming when — or even if — No Way Home would be considered a “catalog” movie that could stream on Disney Plus.

Bottom line: If you’re holding your breath for No Way Home to stream on Disney Plus, it’ll be a long time before you can exhale — if ever.

Will Spider-Man: No Way Home stream on HBO Max first?

HBO Max has been closely linked with the concept of same-day streaming, since it has released more movies this way than any other streaming service. HBO Max has been streaming every Warner Bros. movie on the 2021 release schedule the same day they hit the big screen, more than a dozen movies.

But this has created some misguided hope among moviegoers when any new movie hits theaters. Without knowing the studio distributing that new flick, lots of people get curious about whether it’s one of the movies available on HBO Max too.

But Spider-Man is being distributed by Sony, not Warner Bros., so it isn’t en route to HBO Max.

OK, where and when will Spider-Man: No Way Home actually be available to stream?

Sony has an agreement in place for its 2021 movies to go to the premium cable network Starz first, where they’re available to watch on its traditional channels as well as on its streaming app. So Starz will be the first place you’ll be able to stream this latest Sony movie.

Traditionally, the movie would make its way to Starz roughly six to nine months after its theatrical release. In February, the Hollywood trade publication Deadline reported that No Way Home was expected to arrive on Starz within six months, would would mean the movie should be available before early August. 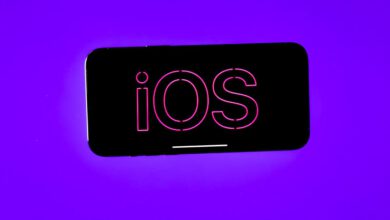 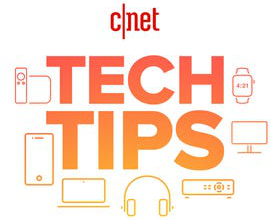