If you want your iPhone to have the most up-to-date software possible — so you can get all the benefits of new features and bug fixes — you won’t want to pass up iOS 16.1.2, the newest version of Apple’s mobile software that landed this week.

The most recent version of iOS provides some security fixes, better wireless provider compatibility and improvements to crash detection for the iPhone 14 series. Apple has yet to confirm details on its security updates and software patches, but says it will share more information soon. It’s expected that users will see enhanced performance and connectivity with certain wireless carriers.

The car crash detection feature, which is designed to automatically report potential car crashes, was reportedly dialing 911 during roller coaster rides. Some users said car crash detection was also triggered during skiing, according to KSL. Apple did not say whether the update has addressed this bug in particular.

(And yes, if you’re keeping track, this latest iPhone update arrives three weeks after iOS 16.1.1 was released and more than a month after iOS 16.1.)

iOS 16: Powerful Features You May Have Missed

If your iPhone doesn’t prompt you to make the update to the latest software version, you can download the new 16.1.2 iOS version yourself.

Bigger iOS 16.2 update for iPhone on the horizon

iPhone software updates are still coming strong. In the near future, Apple is set to drop a larger 16.2 update, which is currently still in beta mode.

With iOS 16.2, iPhone owners could see a black background for the always-on display. During tests of iOS 16.2 beta, we were able to turn off the wallpaper with just a few clicks.

Apple has released three beta versions of iOS 16.2 in recent months. These beta versions also added sleep and medication widgets to the home screen, as well as tweaks to Live Activities. It’s unclear whether these features will be included in the iOS 16.2 release, but we’ll keep a sharp eye out and let you know all the best new features that make an appearance.

For more iOS and iPhone tips, check out the latest features in iOS 16.1, our iOS 16 cheat sheet and hidden iOS 16 features you should try now.

Observe the Trailer for Guardians of the Galaxy Vol. 3 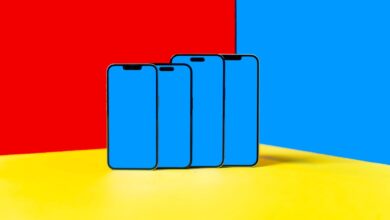